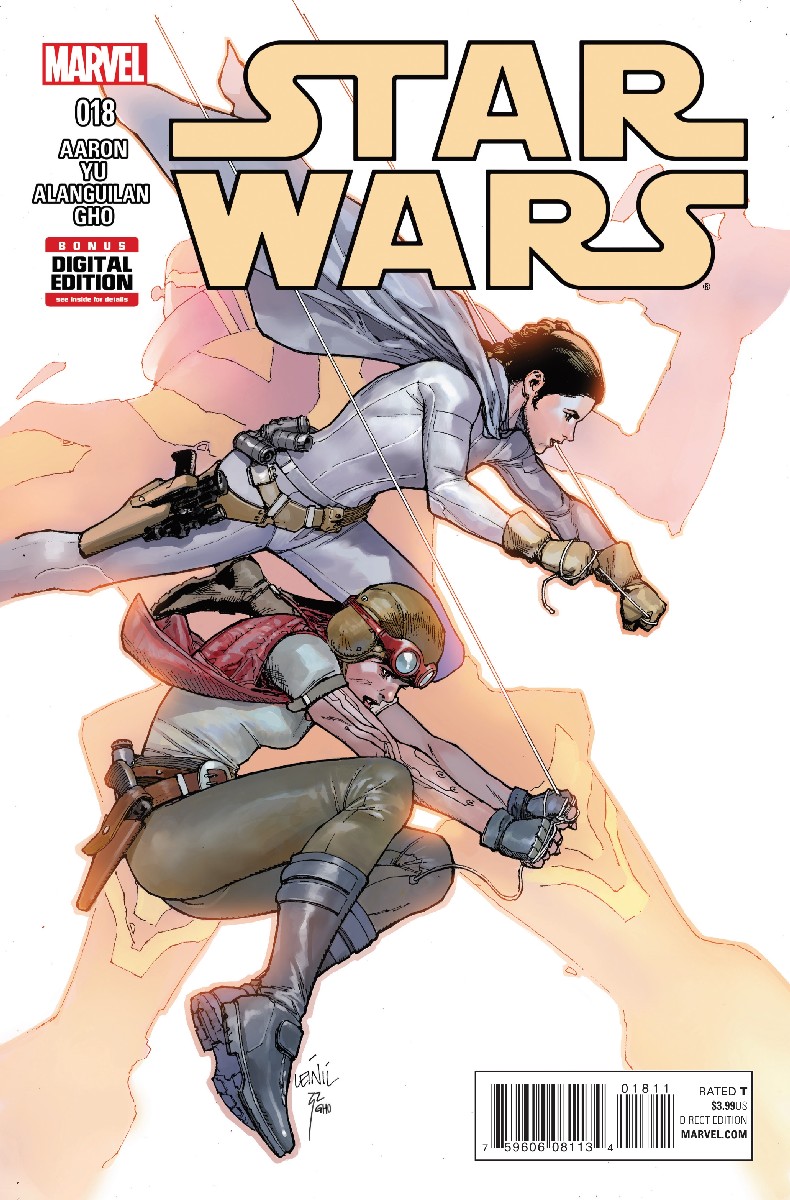 Disney’s acquisition of both Marvel and the Star Wars Universe continues to result in excellent new partnerships, stories, and characters. Jason Aaron and his team give us an exciting mystery-filled issued in part three of their “Rebel Jail” story-arc.

Han and Luke are on there way back to Leia, Sana, and Aphra who are aboard the Rebel Jail which has recently been taken over by a mysterious invader. While this person continues to execute prisoners throughout the Jail, Leia and Co. must track him down and stop him.

I’m left with more questions than answers. That’s not a bad thing necessarily. At this moment, it’s a good thing because I’m very excited for some answers.

How does Leia know the mysterious invader? As Leia, Sana, Aphra race to protect prisoners all over the Rebel Prison before the invader can get to them, they hear him over the intercom mocking their efforts and joyfully executing prisoners. He states to Leia, “I am what you made me. I am a true soldier of the Alliance.” In my first read-through, I wasn’t as struck by his statement until the concluding pages. The Princess is standing over an Alliance droid, demanding to know who is behind the Prison invasion. The droid’s response puzzles us: “He’s trying to teach you something, you know. The way you once taught him.” WHAT?! Who is this menace?

What’s up with Sana and Dr. Aphra? Aaron continues to feed us nuggets of detail pertaining to their previous relationship. It seems as though they either were a) romantically involved and it didn’t work out or b) flirting with the idea of a romantic relationship but one of them was more serious than the other. My guess is the latter considering how savagely sinister Sana treats Aphra and how patronizing and Aphra appears to be towards Sana. Either way, Jason Aaron leaves us curious.

What’s going to happen to Han and Luke? While the bulk of this story is sandwiched by two scenes featuring the duo, the closing page shows them exiting the Millennium Falcon while just above them in their rear, the mysterious invader stands armed looking down on them.

Leinil Francis Yu’s art team delivers an overall dull book. Aside from the opening scenes featuring Han and Luke in Ibaar, the handful of panels in which Leia and Co. engage in a blaster shoot-off, and the Munchkin full-page ad, this issue is desperately thirsty for brightness. Yu’s Pencils partnered with Gerry Alanguilan’s Inks often outline the characters in a smooth and precise manner. Countering that precision are the shades of characters’ facial expressions. The penciled facial features are rough and uneven while Sunny Gho adds Colors in a similar fashion. Excluding the dreary color fabric and the closeup of Luke’s David Bowie-esque blush-covered left cheek, I found myself drawn into the issue. While there was some humor sprinkled throughout the book, the artistic tone sets the stage for the intensity of the situation at hand for Leia and Co.

If you’re reading this arc and have been enjoying it thus far, I recommend picking up this book. If you haven’t been reading this current arc, I suggest buying the previous two issue at your local comic book shop as well. Overall, I’m eager to discover who the mysterious invader is who Leia apparently knows!

REVIEW: Squadron Supreme #6 Through The Lens

Tyler enjoys spending time with his wife Erin and his dog Nash, reading and reviewing comic books for The Marvel Report & The Batman Universe as well as consuming and analyzing much of pop culture. Tyler is a Pastoral Resident as Soma Eastside Church in Issaquah, WA as well as a Pet Food Expert at a local pet food shop.