It’s day 8 of our 12 Days of Marvel and we are taking a look back at the best villains of the year. From the shady businessmen of Luke Cage to the scheming scientist in Agent Carter, TV had a lot of great baddies to offer up. Marvel films too gave us a look at some new villains who didn’t fit the previous model.  Overall, it was a pretty good year to be bad.

For TV: Cottonmouth because he was a tragic and complex villain that I felt passion for. I was extremely disappointed that they axed him, but in a way that showed us how invested viewers could get for a villain like this. He had a heartbreaking backstory that I cried my eyes for.

In terms of movie villain? Man this year I wasn’t really impressed with our movie villains in Civil War and Doctor Strange (although Stephen’s baddie was more compelling though). Apocalypse in X-Men was…eh? I think TV handled the baddies a lot better this year than the films, IMHO.

My favorite villain of the year was definitely Shades. Theo Rossi’s performance as Shades in Season 1 of Luke Cage was so calculated, so focused, so chilling. During the first few episodes he remained as man in the shadows. Not quite working for Cottonmouth but not quite Diamondback’s errand boy. When he helped kill Pops and coached Mariah after she killed Cottonmouth, I couldn’t imagine or more self-preserving, cold-blooded baddie. Theo also smiled a lot during his performance, which is rare for a villain. It made him even more dangerous, like he’s so sure of his plan that he can smile through it all while taking the upper hand. I was so glad to see him survive Diamondbacks attempt to take his life. He was memorable and will be a welcomed return character to the Defender’s universe.

Elektra is my favorite Marvel villain of 2016. Elektra is not a “villain” in the normal sense of the word used to describe characters like Loki and Ultron in the MCU, but she was most certainly an antagonist to Matt Murdock. Elodie Yung masterfully captures a moral ambiguity that brings out the darker sides of Murdock. If a villain is supposed to be the antagonist to the hero, then, at times, Elektra can be both Daredevil’s trusted partner and greatest adversary – making the portrayal of that fine line that Elektra walks all the more compelling to watch on-screen. I look forward to seeing more of Elektra in The Defenders.

My favorite movie villain of 2016 had to be Chiwetel Ejiofor’s Mordo in Doctor Strange. I was reluctant to see the movie in the first place due to the whitewashing of the Ancient One, but he sold me on seeing it. I know he wasn’t strictly speaking the movie’s villain, but his transformation from devoted acolyte to hardened cynic and eventually to a killer was the most compelling narrative for me. A hero can often times only be as good as his villain, and if the last few scenes – including the post credits bit – are anything to go by? Doctor Strange will have an excellent, three-dimensional villain to face in his next film.

There were so many unbelievable villains this year, from Lash to Hive to Eli Morrow, 2016 has been the year of incredible Marvel villains in both television and film. For Television I have to pick Agent Carter Bad Girl Whitney Frost. Born into a world where sexism rules supreme, her intelligence is belittled and she’s told to just “be a face”. playing on some very real cultural implications for being a woman, Whitney Frost somehow manages to dominate until almost the very end. Peggy takes her out to spend the rest of her life in an asylum (supposedly) making her terrifying and tragic.

For film I’d be remiss in refusing to talk Helmut Zemo. Zemo in the comics is an over the top villain but in Civil War he takes on a terrifying realistic consequence. His motivations for pitting the team together are intense and the fact that he managed to get the “genius billionaire playboy philanthropist” and a guy with super strength and a super strong team to fight against each other is unbelievable and I hope that he returns to the screen sooner rather than later. 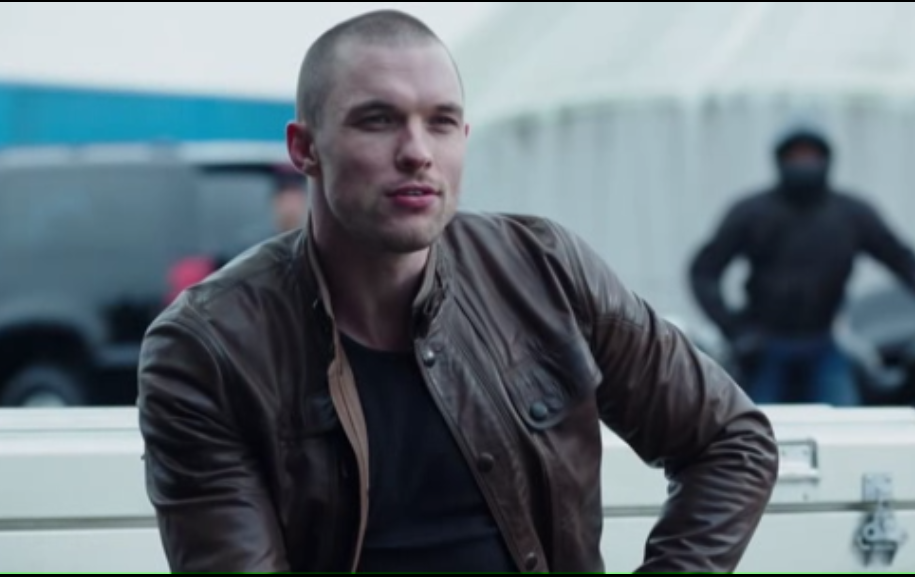 Ajax, aka ‘Francis’ wasn’t a MCU villain but Deadpool topped the box office as the highest grossing R rated movie of all time. Foil to Deadpool, he became a joke and an internet meme. It was perfectly hilarious, and Ajax was perfectly evil. Not only did he set up a unique group of associates (rest in peace Angel Dust) but his callousness and his humor were a good balance to Wade’s existence. It’s a shame that the cast will never be in the MCU. I’ve never enjoyed anyone as much as I did Francis and the Weapon X program.

Luke Cage featured a lot of villains running around Harlem, but none were as devious as Mariah Dillard. She is truly the scariest kind of villain: a politician. She sees herself as the true hero. She doesn’t want to watch the world burn, she truly believes that what she is doing is for the betterment of her community. Mariah is a master manipulator. She doesn’t use violence like her cousin Cottonmouth, but her words. She uses the press to get her message across and control the public’s opinion. It isn’t until midway through the show where she really gets her hands dirty and realizes the true extent of her power. I can’t wait to see more of her truly evil side; I think we’ve only scratched the surface of what Mariah is capable of.

I also have to mention HIVE and what a great villain he was to the Agents of SHIELD team this year. Grant Ward was always a great foil to our heroes. When an ancient inhuman takes over his body he becomes the ultimate foe. He’s pure power and evil trapped inside a familiar face. HIVE kills without remorse and his power to control the minds of other inhumans makes him a hard enemy to fight. The only way the Agents defeat him is by sacrificing one of their own. Brett Dalton does an amazing job in his transformation into HIVE. With help from Ann Foley’s amazing costuming (and later some great VFX), he becomes this embodiment of evil. Brett is so good at playing bad and I for one was sad to see him go.

Let us know in the comments below or on Twitter or Facebook who your favorite Marvel villains of the year were!